I’m in Portland when a warm, fuzzy feeling comes over me–and it’s not just because I’m finally out of the notorious Oregon rain. This time, I’m being introduced to the tenets of time banking. 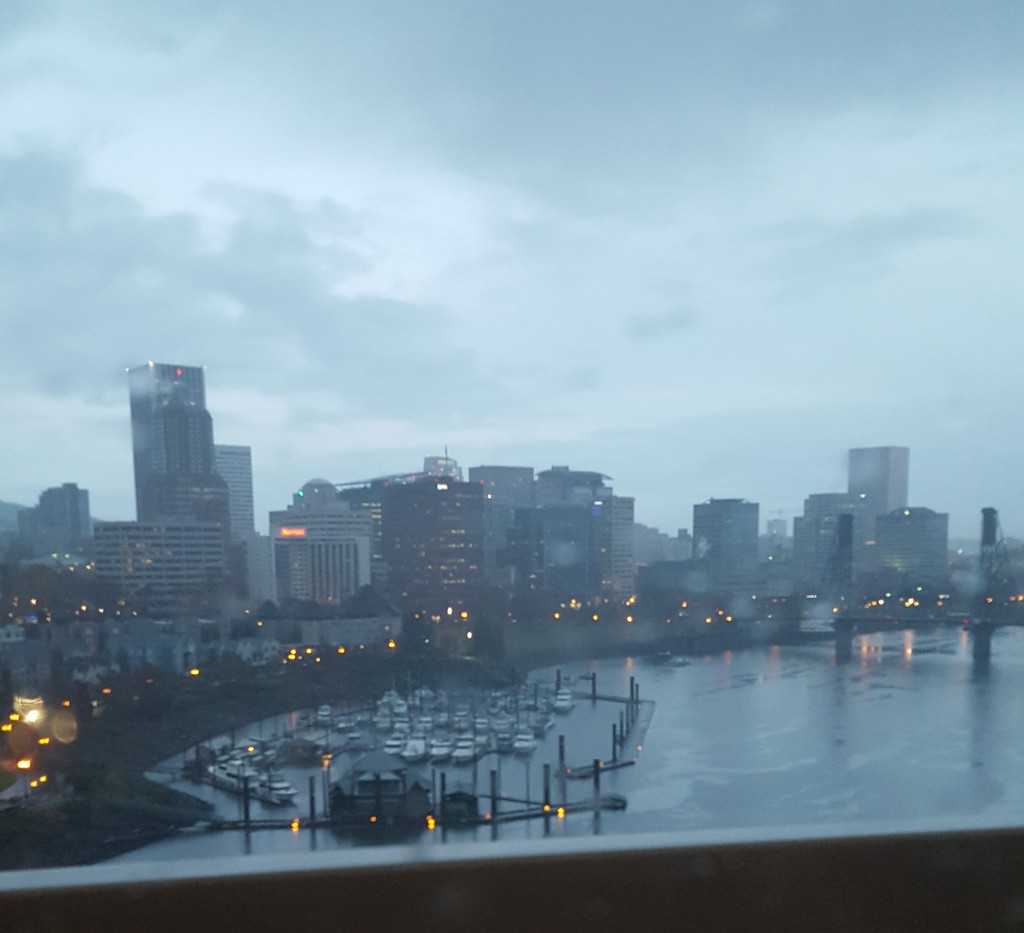 It’s that feeling that many challengers of Socialist systems say is a product of a utopian vision of human cooperation, one that’s but a dream. To them, my reaction is like that of a 5-year-old kid hoping for a unicorn. Sure, it feels good to think about, but it’s also irrational.

But I’d push back on that, because these systems continue to gain speed as complementary currencies to fiat money. In a little over a year, about 120 members have joined the Portland time bank without marketing of any kind. Within the time banking system, members aren’t encouraged to accumulate wealth, but to be at zero, giving and receiving value in the form of time equally.

“Receiving is just as important as giving,” says Lenore Eklund. She invites me to a time bank potluck, in which one member generously offers her living room and home-cooked vegetarian food to a small group. If I sign up online for the PDX (Portland’s nickname) time bank, I could earn one time credit just for attending the get-together.

In most every other activity, one hour of work secures you one time credit, which can then be used to purchase anything the community is selling, whether it be help with yard work, haircuts or someone to keep you company at the DMV.

Now, Portland has a reputation for odd ideas – it’s slogan amidst a wave of gentrification has been “Keep Portland Weird” – but time banking actually dates back to the early 19th century. Advocates have included Welsh social reformer and founder of the cooperative movement, Robert Owen; the first self-designated anarchist, Pierre-Joseph Proudhon; and even Karl Marx himself.

While a zero balance is a pretty revolutionary idea in itself, the core tenets of time banking show just how far that socialist thinking extends:

“It can be practical,” says Eklund, “but people also get very creative.” She tells the story of a local woman that hired an elderly man to sit at a park picnic table, which couldn’t be reserved, so she could get things in order for a children’s tea party she was throwing. The woman also hired time bankers to be “butlers” for the event.

Like the Visiting Nurse Service in New York, many hospitals provide time banks or refer patients to them. According to an article in the New York Times, health organizations have seen time banks cut the cost of health care by introducing people to a community that values every individual no matter their net worth or productivity.

Eklund has seen it in Portland as well, with a significant number of retirees joining the time bank to be a part of a community that likes to share time. The only thing, really, that people complain about in joining a time bank is that it’s just another account to create and manage, she says. While time banks become a way to support one’s local community, time credits or dollars are transferrable globally.

The concept has also evolved with “the times”. Members may get together face-to-face, but a number of mobile apps have been developed to allow them to trade work digitally as well, including Next Door and Rooster. Even one of the guys I was staying with mentioned an old roommate working on a work-share app called Favor.

The digital software that links all these people and groups was developed by Portland, Maine, native, Stephen Beckett. The physical therapist and programmer allows time banks, of which there are 546 communities that use his software, to use hOurworld for free.

Because it’s so community focused, though, I ask whether the digital platform is even needed. It does become handy to manage when a person is really active, Eklund says, but it’s also psychological, people like to view their history and see how they’ve progressed. The digital system gives time bankers a visible indicator that they can connect with.

This need to track development is one of the core reasons money has been taken as an idol in America. By accumulating more, the person has an indicator of “hard work,” because Americans are still in the mindset that having more directly correlates with working harder.

But the way we perceive the relationship between our work and the reward has been skewed, at least that’s according to Tyler Griffin, CEO and co-founder of Prism, a mobile bill pay app, based out of Bellevue, Washington.

Before credit card products proliferated, he says, Americans went to work to draw a paycheck to save up money to spend on a car, a TV or an outfit.

But as credit became ubiquitous, the work/reward loop became confused. Now people buy a car, a TV or an outfit with credit and then pay that back over several months.

“All the while, they’re working hard at their job, but then just having to pay bills at the end of the month,” Griffin says. “Albeit for the stuff they bought on credit… but it doesn’t seem like they’re working for any reward.”

And to round out his theory, he believes that’s why people today are less satisfied with their jobs.

In time banking, however, debt is a positive. Going into debt, with a balance of negative time credits, is not looked down upon, but even encouraged.

This may sound strange as debt has gotten a bad rap recently, even though it’s just an extension of credit, one that’s needed in a vibrant economy. But that bad rap comes from the mismanagement of credit and debt, not debt itself, something America is dealing with today on many levels.

How much credit should be issued to spur the economy without building a cyclical debtor’s prison? This question becomes quite tough to answer when consumers aren’t part of a community that has checks and balances on its own behavior.

Time bank members, for example, are discouraged from selling the same services they provide to their full-time employers in exchange for time credits. This limits burnout, and also reminds members their day job is still what’s paying the bills.

In the same way, society can learn something from time banks. They’re an example of how creative value transfer can shape collaborative economies, and ultimately, provide a check and balance against the mainstream.