“What is your name tonight?” asks Richard Simmons. “Because you definitely can’t be yourself.”

I ponder longer than necessary. I want to pick the perfect alter-ego for this hippie Halloween party in Los Angeles, California. I’m a little nervous; I won’t know anyone at the party besides a friend from college, who I haven’t seen in four years.

“Foxy Cleopatra,” I blurt out, which seems to work since I’m wearing a patterned one piece with a gold disco ball necklace, a floppy multi-colored hat and black platforms. Like Beyonce from Austin Powers; I’ve always wanted to be her.

And so it begins.

College friend Katie is sitting on the floor, dabbing on vibrant eye shadow, accentuated with sparkles. Things haven’t changed all that much, and I sit down on the bed and close my eyes.

There’s a pressurized liquid gas click, a soft crackle and an inhale. The sound is easily recognizable, even with my eyes closed, waiting for bright pink cosmetic. There’s no reason to open them, I don’t usually smoke weed. A product of too many college nights stoned, paranoid and mute.

“You want some blow?” Katie asks.

Cleo’s ears perk up; guests are starting to shuffle in and a quick sniff will curb her reserve.

Ketamine is on Cleo’s acceptable party drug menu. But GHB, a drug likened to roofalin, manageable in small doses, you can’t mix it alcohol and she’s already two Coors in. Alcohol remains her drug of choice, blame that Catholic, southern Missouri upbringing.

Daria and her boyfriend Tom Sloane, who previously worked for a startup developing a Bitcoin debit card product becomes my target for financial flap. “The momentum just faded, especially after all the regulations started going into effect,” Tom Sloane says.

There’s Captain Jack Sparrow. And Macho Man Randy Savage, who catches Cleo’s eye with his tall, dark and goofy. She excuses herself to follow him.

And then Katie drags Cleo into the bedroom.

A baggie of white powder and a spoon is passed around without explanation.

No money ever trades hands. Once the party starts, alcohol, Lucy’s, whip-its and powders are given freely. This ain’t capitalism.

Many of the party-goers are Burning Man regulars, that bring the radically anti-consumerism ideology home with them. It’s a gifting culture where everyone is seen as an asset with their own sets of skills, talents and hook-ups to bring.

And the decommodification/gifting principle isn’t the only one they bring home; these people live by all the principles: radical inclusion, radical self-expression, radical self-reliance but also communal effort, civic responsibility, immediacy and leaving no trace.

It’s an ideology I understand, having lived in college with a house full of hippies. Nearly everyone, always, had marijuana although bowls were always shared. Then there was the hallucinogen hedonist, the liquor libertine, the pill princess, the molly maven, the coke connoisseur.

It made sense for us to spend weekends at raves and music festivals, completely open to new, sometimes challenging experiences. And we always took care of each other. No man was left behind when you were out of your mind. 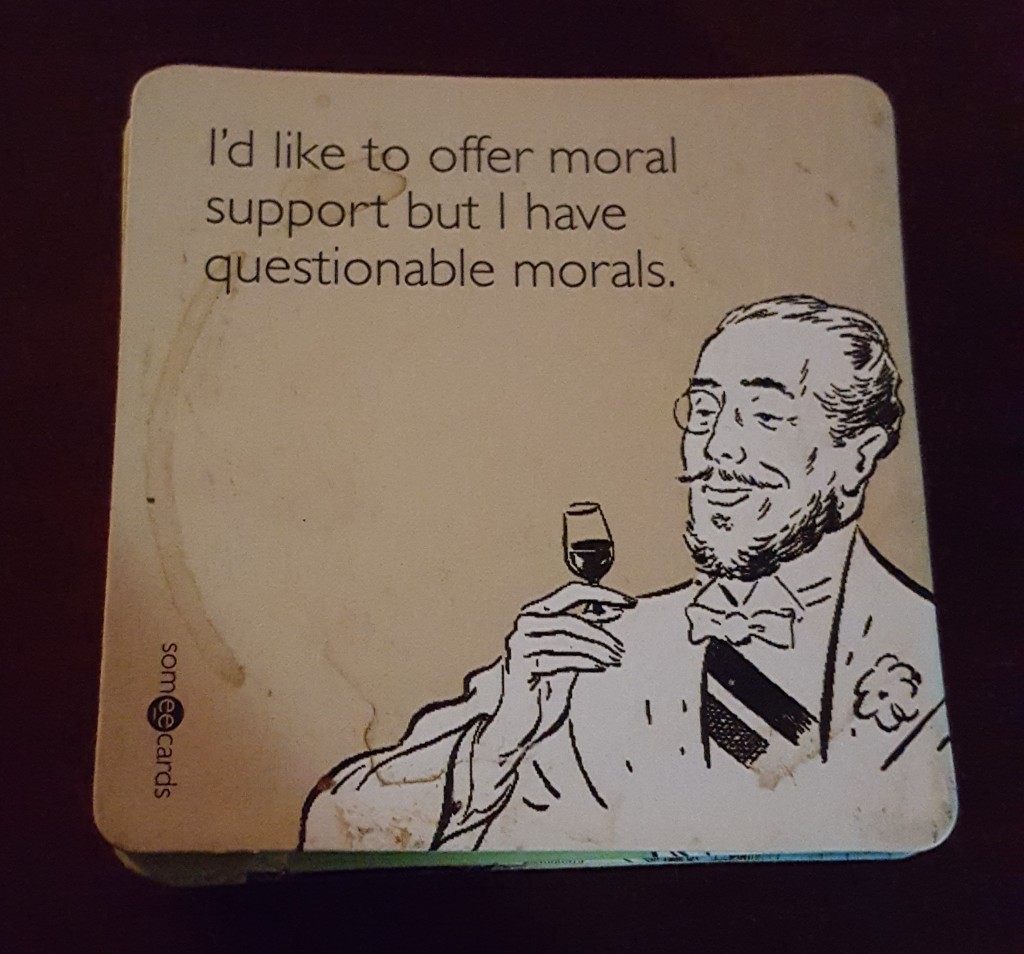 At some point during the night, Richard Simmons loses one of her teeth goes missing. This is her specialty as pictures of her allude to. A stream of women clamor into the bathroom and I skip to join them.

It’s not baggies this time, but a tube of edible black paint that’s passed around. Harpo Marx paints my right canine.

The black tooth gives you the authority to act a touch trashier. Just the notion you’ve had one of your teeth knocked out is the basis for smoking more cigarettes, taking your heels off and shotgunning beers. It’s funny how even a small change can affect your mindset, whether it’s placebo or not.

Cleo is standing outside talking to an African American man from Indianapolis about race. She feels the cool grass under her bare feet and can’t remember how the conversation got here. But he’s willing to talk and she’s willing to listen.

“So how does it make you feel to see a presidential ticket that’s made up of nearly all white people?” She’s interested in what psychological effect that might have on people of color growing up in the United States.

They get into more politics–police brutality, racism, ghettos, the difference between the Midwest and the Coasts. But she’s fading, unable to keep up with her own thought process.

It’s 10 am and I’m going to pick up a rather notable financial services consultant, but can’t be bothered to wash my face or put on more than a raggedy sports bra under the stretched out tank top.

A bundle in arms, I walk into the living room to find a handful of guys still up. One is holding a whip-it can loosely in his hand, like a ninja holds his sword after taking a kill shot through the torso.

“I have to go to Irvine to bring someone back to LAX,” I say.

I’ve never been able to survive the all-night bender, but as a Hunter S. Thompson fan I’ve always looked on its extremes with admiration.

And out the door, still barefoot. I meet eyes with a neighbor as I recoil from the southern California sun like a vampire. There isn’t judgement in the neighbor’s eyes, though, as I throw on conference swag Verifone sunglasses and hobble to the car. Maybe it was nostalgia. 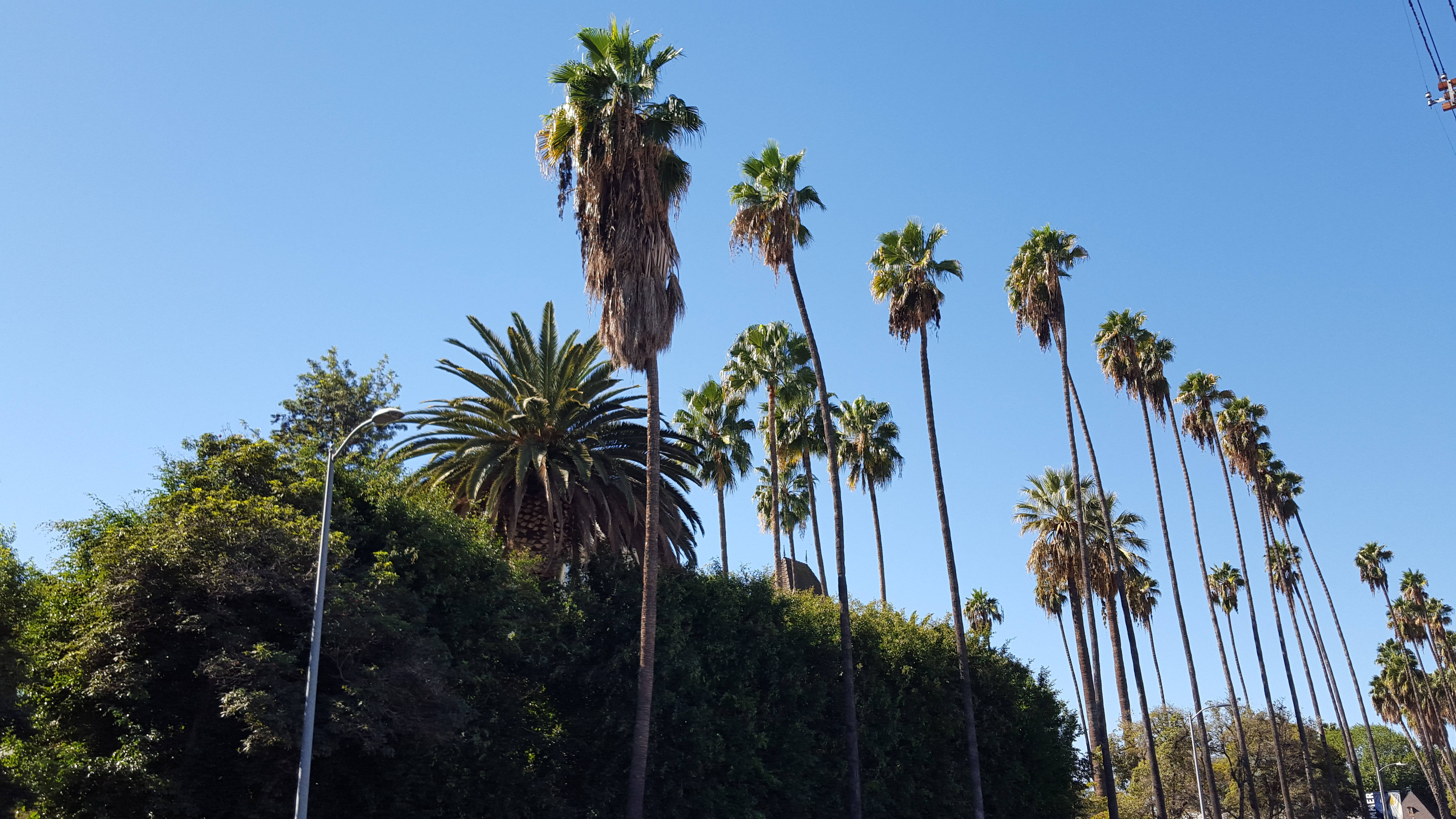 Driving down the 405, the car radio is blasting The Constellation’s “Perfect Day.”

“The wind blows cool across my face

I can smell the taste,

a trace of lace.

There’s something sinister in place

It leaves me restless

So it’s a perfect day

I pass a Latino woman smelling cups of fruit at a roadstand. I just don’t see her soon enough and I’m “in a hurry” so don’t turn around.

My second option becomes McDonald’s. And I have to admit, there’s something so satisfying about one hand on the wheel, the other stuffing a large crispy chicken sandwich into my mouth, singing in between bites, window down knocking last night’s glitter from my eyes.

That sentimentality returns when my passenger gets in the car. He says he’s going through a change of life, although it seems only to be acted upon in pleasant remembrances of college parties and ex-girlfriends he did crazy things for.

After waxing philosophical, he opens his computer to read me the last chunk of a conference write-up that draws on the dizzying drug binge that was Fear and Loathing in Las Vegas.

The bigger (both physically and metaphorically), the better plays out in cities across the U.S. and it’s both nauseating at times and endearing at others.

In Silicon Valley we throw enormous amounts of money at startups and maybe innovation (whatever that is) prospers here over other countries because of that. In LA it’s all about making it on the big screen and maybe, that’s why America continues to be the heart of the entertainment industry. In Missouri, colossal conservatism is corn-fed bred, and maybe, that’s why America hasn’t tanked from social giveaways as some countries in Europe.

I know the latter was a critical juncture in my life; it’s why I fled the area to speak for acceptance of differences and appreciation for those that ask probing questions into long-standing traditions, but it’s pretty obvious my way of going about that is gratuitous.

Here in America, excess is a monster we feed.