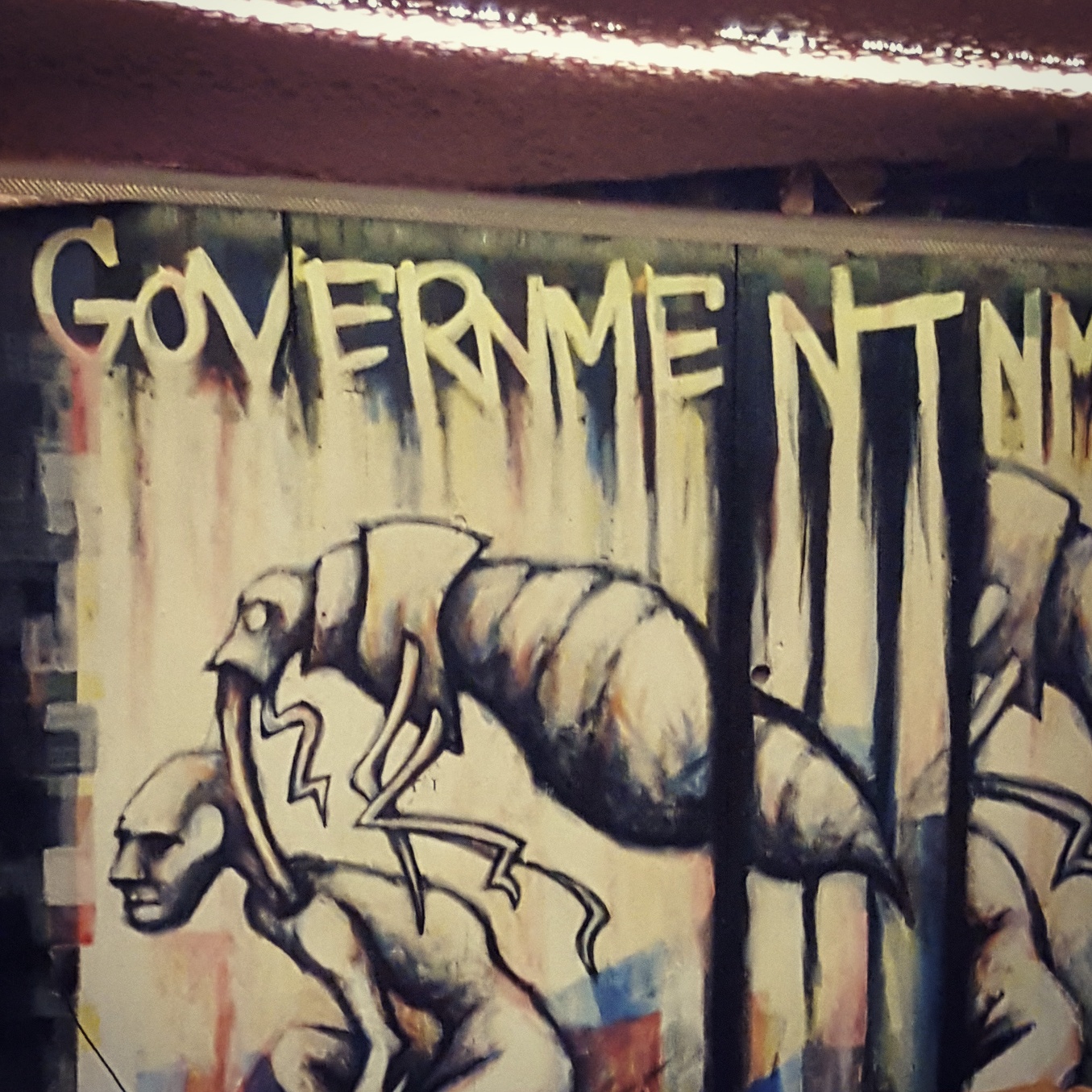 “Meet the new boss, same as the old boss.”

Chris Pacia and I sit in his three-bedroom Manchester apartment, discussing the Bitcoin block size debate. The ongoing argument over how incentives are aligned in the distributed global payment network is of special interest to the software programmer who works for the bitcoin-only decentralized marketplace OpenBazaar.

Pacia exudes the “we can do it better” mentality that permeates the conversation throughout southern New Hampshire, where more than 17,000 libertarians, including himself, have signed up for the Free State Project (FSP). Since 2001, the organization has been calling Staters, more than 2,000 have moved from other states.

But while the Free Staters see bitcoin as a grassroots payment system that’s more humane than the powers that be, the industry is not immune to becoming a powerhouse for corruption just like any other.

Somewhere in the sprawling conversation, Pacia mentions he is thinking of purchasing a Bitcoin ASIC, a piece of hardware used to mine bitcoin. At a price point between $2,500 to $7,000, it’s not a particularly lucrative hobby for an individual. The network’s difficulty has increased since 2009, and as the price of bitcoin rose with it, industrial mines have moved in to snap up the rewards.

In its early days, anyone with a CPU could join the network and start mining bitcoin. Today, many individuals that invest in mining equipment join mining pools, which put the power of multiple ASICs to work together and then split the profits over the group.

Issues with consumer-focused bitcoin mining hardware firms are perhaps too lengthy to recount, though suffice to say most of the industry firms that focused on this market have gone bankrupt and those that haven’t have been saddled by class action lawsuits.

Still, the practice goes on with new issues. Pacia notes that if he ordered an ASIC, his one piece of hardware would likely fall to the bottom of the company’s priority order list. The companies that purchase hundreds of thousands of dollars worth of equipment will get their hardware delivered quicker than the individual purchaser. And by the time an individual’s hardware is delivered, a newer, faster, more efficient ASIC will most likely be available.

But that’s the free market libertarians aspire to; the “best” customers are those that spend the most. It’s harder to be on the losing end of capitalism’s innate bias toward prioritizing profit over shared prosperity.

That’s not to say that the bitcoin mining industry isn’t striving to improve in the absence of government oversight.

Genesis Mining recently opened up it’s Bitcoin mining farm to 24/7 surveillance via live stream. With access to the cameras before the news went live, I watched a young man playing on a ladder next to several rows of rigs.

The man jumped up on the first rung with both feet. Then he’d jump to the second step. Then he’d lower himself slowly to the floor using his arm strength. I watched for at least ten minutes, as one would watch a child on a playground, amused by the silliness of human beings.

But just as this human and the others that run Bitcoin companies, has an innocence–he probably drinks beer, laughs at dumb jokes and hopes to create a better world–he probably also gets angry and stressed and can be enticed. The latter usually with money.

The vision of a totally egalitarian industry built with Bitcoin is nonsensical, as Pacia’s deliberation with mining proves. When an industry has to work under the same system of governance, regulation and law, it becomes the same system.

That’s why, as noted by industry observers, OpenBazaar is one of the more notable projects in the bitcoin space. To build a permissionless network for e-commerce is to build outside the system, connecting people without middlemen in a way that has never been achieved.

It’s of note that OpenBazaar has raised $1 million from Andreessen Horowitz and Union Square Ventures, two of the most well-respected investors in the tech space. Even though the marketplace could eventually become an online storefront for illicit goods, the investors, according to Pacia, are funding the project on the basis that the OpenBazaar team itself won’t be involved in that activity.

While the libertarian ideology seems solid, it relies on every actor having common sense. But common sense is cultural, demographic and political. A well-educated white libertarian’s definition of common sense will skew drastically from that of a Middle Eastern woman in the middle class.

Matt, a Free Stater and chef, argues that restaurants shouldn’t have to get health and safety licenses. “Have to” the key words. While Matt thinks restaurants should have a choice in the matter, he admits he wouldn’t go to a restaurant that didn’t have the letter-grade of approval.

“Well that’s just being a rebel without a real cause,” I say. He agrees.

But maybe there is cause for all rebellion. The libertarians have won substantial support over the past few years, and the momentum is shifting the conversation in mainstream politics. Maybe there will be notions gleaned and baby steps made to make a better future.

Matt and I are talking over a bottled beer at The Quill, a private community space by and for Free Staters. A makeshift cardboard cash drawer is fastened to the six-pack containers in the fridge. 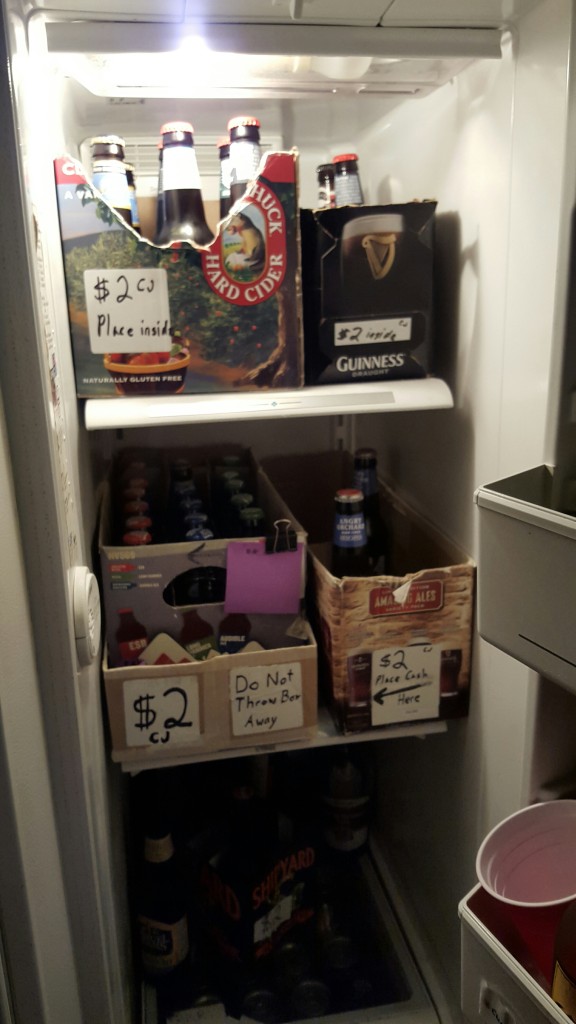 Silver Dave asks an upstate New York transplant for a cigarette; she’s willing to sell three. Change is made with the cash in the fridge and Darren, a PhD in math pipes up, “You don’t realize how much trouble it is making change. Bitcoin solves all that.”

As the music switches from Die Antwoord to Tool, a guy brings leftover pizza downstairs. He’s asking for a dollar per slice.

The next day, at a get together of Free Staters at Hampton Beach, I’m recounting the scene for a former Texan.

In my mind, there’s something lost when everything must be traded on. Respect isn’t trading on comparable value, exchanging a pizza slice for a Washington.

Appreciation is receiving a lucky raven feather from a homeless Burlington hippie after donating a dollar. Regard is when a programmer in Manchester that you only know from Bitcoin Facebook groups lets you to crash at his house. Admiration is when a journalist shows you around a Cape Cod town, divulging silly information about his youth.

Sometimes value, quite simply can’t be quantified. Respect is a gift, not a debt.