Six weeks in and finding the disregard and waste of capitalist America has become effortless. Surely these self-confirming symbols should be harder to find.

But there it is. Donald J. Trump State Park sits at the end of a dead-end road in Westchester County, New York, so close to where I parked my vehicle I barely have to drive. There’s the semblance of a gate so people know not to enter the park, but according to Westchester natives, local kids go back there to smoke anyway. Once a dead body was found in the park.

The landscape is beautiful, in both a natural and artificial form. Within overgrown weeds, derelict houses slump. “Fuck” leads the way to a heavily spray-painted house. 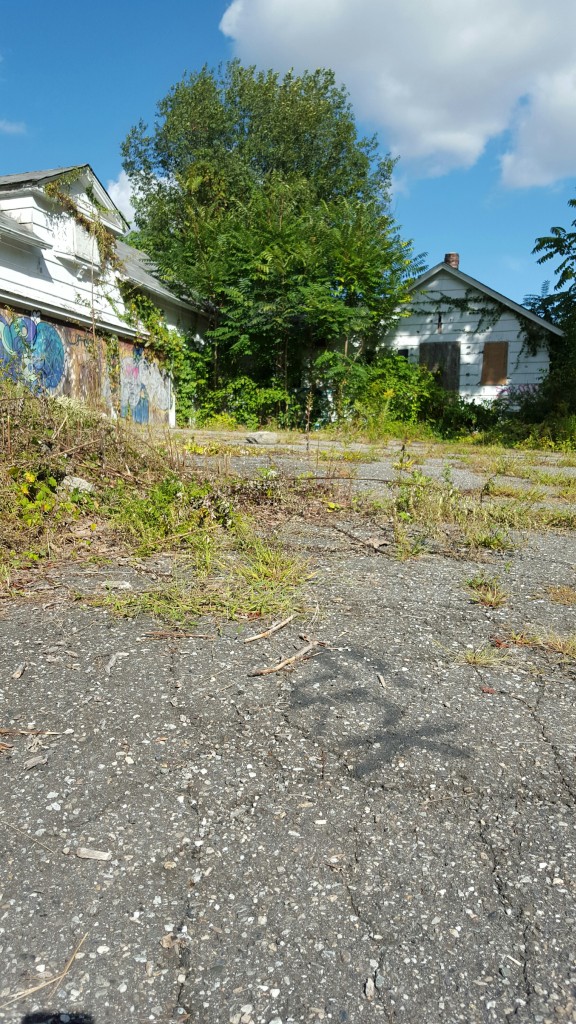 The 436-acre park was bought by Trump in the 1990s, in an effort to develop a private golf course. Unable to get town approval for the reconstruction, Trump donated his $3 million investment to New York State in 2006, claiming that the land was now worth $100 million.

Rachel Maddow presumes Trump upped the land’s worth for a bigger tax break.

Trump is not shy about being a businessman. Some voters, mostly those that want to privatize nearly everything because of the government’s supposed track record of incompetence, like the idea of a President Trump. To them, running the country like a business makes sense. Stay out of debt, hire the people best for the job, and profit, those could make our country great again, right?

But the goal of government is the opposite. It’s job is to make sure the public, which is large and diverse, can use those roads, that fiat, that land without suppression from private entity’s intentions, which are sometimes profit, but other times back-handedness and bigoty.

Trump didn’t buy up land for a public resource that would only barely break even; he wanted a golf course that would cater to the elite. The same misalignment can be seen in the private sector, where the smartest minds toil away, not on issues like income inequality, but on one-click ways for wealthy individuals to more easily pack their suitcase or never have to do their own laundry.

But, maybe the issue is with the hypothesis itself. Surely there must be another way to judge a nation, some metric beyond short-term returns?

When I arrive at Quaker Intentional Village-Canaan (QIV-C), a community of about 30 people living on 135 acres of pasture and mixed woodland, Ben Brownell, who works on cultivating collective intelligence and community wisdom with data mapping projects, is smearing a mud and clay mixture onto the side of a house. The home has been constructed of local materials, a fallen Oak tree was hauled in as a middle support, its branches spreading out in all directions along the ceiling.

Stepping through tall grass and dodging chickens, I get to work with Ben. It’s a sweaty, dirty job, but satisfying.

Ben and Jens (right to left)

A QIV-C couple, Jens and his wife plant vegetables and spices in the backyard. Chickens provide eggs, sheep are shorn for wool and also both provide meat.

The group goes one step beyond sustainability, preferring thrivability, the act of humans and the land prospering together in an anti-fragile system, one that can adapt and get better when disturbed.

We’re eating lunch when Jens starts talking about cultivating a home. It’s something I haven’t really thought about much. I wasn’t particularly interested in developing one in Missouri and have spent the rest of my years moving around.

Jens has no taste for the suburbs, “little boxes on the hillside,” that people merely live in because they have bedrooms and bathrooms and carpet or tile or maybe even a chandelier. Maybe they get along with some of their neighbors, others they despise, and that distaste lingers without consequence because there isn’t a wider commonwealth structure.

In the QIV-C, community is all there is. At the village, democracy is embraced with all its burdens.

Unlike Trump, Bernie Sanders sees those pitfalls of democracy from an economic standpoint. The self-professed “democratic socialist” thinks capitalist entrepreneurship can succeed in the U.S., even with programs that make sure all citizens benefit from the wealth being created.

It’s much like how the intentional community operates. It wouldn’t make sense for one family in the community to horde the food they produce and let another family get weak with hunger so they’re unable to work effectively or think clearly. So they give.

Driving through the woods, I notice a pile of clothes in the gravel road. On the way back, about an hour later, the two jackets had been hung with a hanger on a road sign. It’s a vastly different scene than that of New York City, where a dropped glove gets trampled into the sidewalk for days.

The Quaker community is quite suspicious of New York City, and from their vantage point three hours north, it’s easy to see the reasons.

They don’t believe the people of New York City care for their environment. Skyscrapers cast shadows on dingy alleyways; trash spills from metal cans and litters the streets; fights break out between neighbors. There’s pollution of every kind in New York City.

But this view comes with its own biases. The slogan, ‘I Love New York’ is more than smart branding. Locals are excited to show outsiders their favorite, eccentric bars and restaurants. They have their favorite neighborhoods and patronize them accordingly.

I feel this connection with the city still, when vacationing friends ask me for suggestions on where to go and what to do.

NYC is such a dynamic, restless place. And I love it. And I hate it. The duplicitous sentiment courses through most residents.

We love that we can find theatre, comedy, dance and drink on any day of the week, garden with neighbors in the small patch of dirt between apartment buildings, and have Obama Kush delivered to our fifth-floor walk-up on Independence Day.

But here, also, a man can stand on the subway eating pistachios, discarding the shells on the ground. A drunk woman can yell at her baby for playing with her hair and an Asian man with an Ayn Rand quote tattooed on his arm can try to rape a woman in his East Village apartment.

Culprits and onlookers can sink into the anonymity of the city. Neither will be indicted for a crime or shunned for their transgressions of silence. 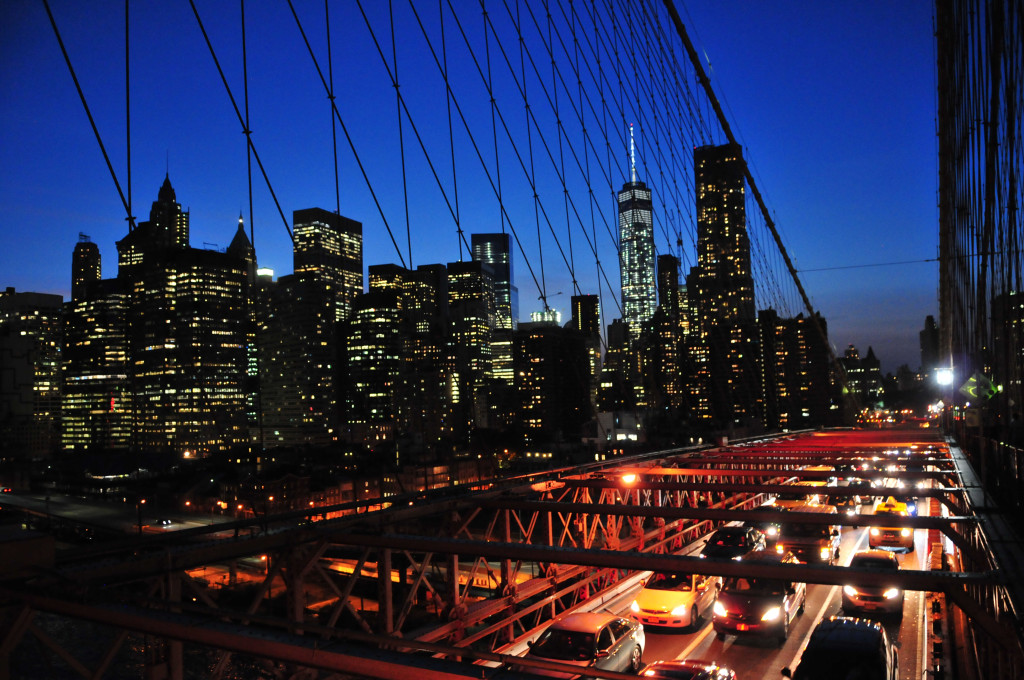 Anonymity in the city is easy to come by and a welcome feeling to many. But it’s also this anonymity that makes the city struggle to stay polished.

New York City is one of individuals fighting for themselves, running their relationships with each other and the environment like a profit-driven business. The Quaker Intentional Village-Canaan is a community bound to each other and the land. It’s a socialist process of giving far more at the beginning for more bountiful takes in the future.