It’s a tossed-off remark made over the phone to a friend. I hadn’t been able to view the Blood Moon in Virginia, and since then had had trouble locating the Earth’s natural satellite.

Driving into rural Wisconsin, about nine miles from Osseo, the moon’s still nowhere to be seen but the Big Dipper hangs in the sky in front of me. It’s beautiful, but drowns out the Little Dipper that I never manage to spot.

I’m still thinking about the moon. It was a joke. But maybe there’s more truth in it than I initially thought, a metaphor for the struggles of America’s working class…

In Baldwin, about an hour outside of the Twin Cities, the truth starts to show itself. It’s a town full of Little Dippers, the families consistently getting lost in the political discussion. 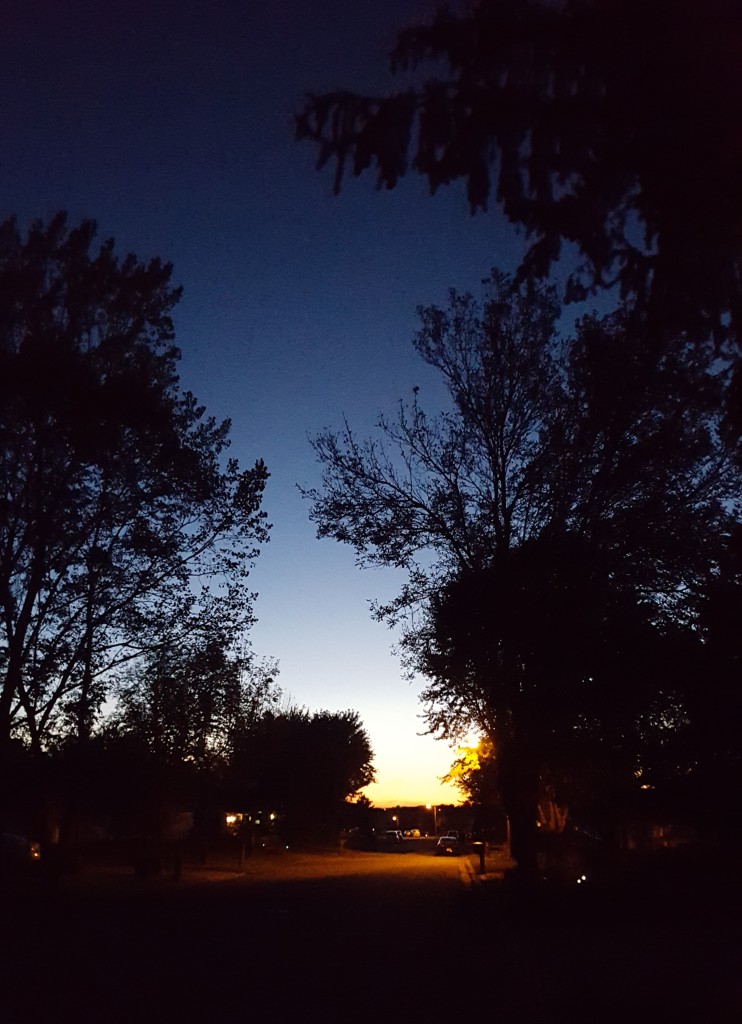 “Baldwin really is the nicest town,” says Michelle, who lives here with her husband, two teenage boys, two cats and about 4,000 other residents. I’m staying with the family, who I know through a former coworker.

The people of Baldwin care about their community, the two-block long Main Street, the handful of country-suburban subdivisions and the miles of cornfields where Amish farms hide away from the temptations of the mainstream’s technological progress. You can see it in the way they treat strangers–a woman at the Mexican restaurant offered her spare bedroom after a 10 minute chat–and support local businesses as much as their salaries allow.

The per capita income, including all adults and children in the town, is about $25,000. Because most families have one member that commutes to St. Paul or Minneapolis for work, the median household income in the town is nearly $60,000.

Several years ago Baldwin blocked a Walmart from setting up shop there, worried it would compete local stores out of business. But still, Michelle and others shop at global chain stores from time to time because groceries are expensive, especially locally-grown, organic groceries.

Michelle is a warehouse manager at Resco and watched the 2008 financial crisis lead to plenty of layoffs and stagnant pay.

It mirrors a national trend, how businesses have stopped giving raises to employees who are effectively doing their job. Since the financial crisis, the practice has become more entrenched, easy to write off when many of those still employed saw a large number of coworkers let go.

But there are other costs to this change in financial incentives. It creates a society of overworked, under-appreciated employees that weigh giving their all without proper reimbursement against clocking out right at 5pm even if the job isn’t done because of improper compensation.

Michelle, and her husband, Dale, a senior master tech at 3M, joke about not having money quite a bit.

“I don’t make as much money as you,” Michelle says, teasing that Dale should buy her an outfit.

“I don’t have money for Minneapolis,” she says later, getting ready for a night out in the city for a friend’s birthday.

But yet, when the two are talking politics, they mention not particularly caring about the $130 extra they received this year after state tax cuts.

“I’d rather have public parks, paved roads and nice boat docks,” she says.

For the past two presidential elections, Wisconsin voted blue, but for the governorship, the state went red.

The former 2016 Republican presidential candidate has led Wisconsin into a $2 billion budget deficit with his tax cuts. Although, Walker continues to point to the resulting low unemployment in Wisconsin as an accomplishment, since tax credits have arguably encouraged more corporations to set up shop in or stay in the state. Walker also touts this as one of the reasons unemployment is so low in Wisconsin.

Plus many of the corporations based in Wisconsin, like Kohl’s Department Stores, that have received tens of millions of tax credits have ended up outsourcing several functions overseas and laying off local employees.

So much for shooting for the moon.