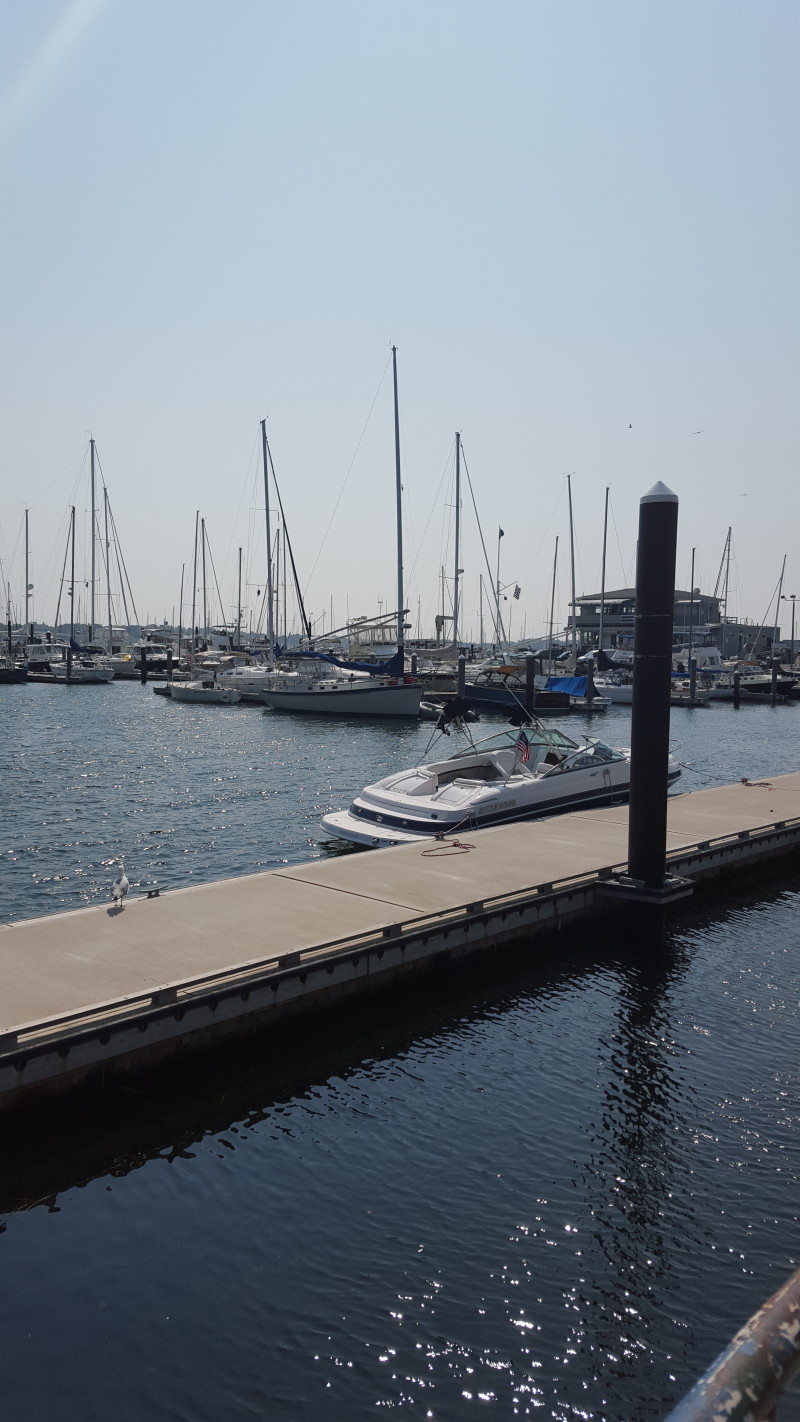 All of this is essential to Newport’s economy. The 25,000-person city hosts 300,000 visitors annually, accounting for 42.1% of consumer spending on accommodation and 23% of entertainment, figures that compete with the state capitol Providence, a city roughly seven times its size by population.

Excess, it seems, has its benefits. From a potter or a hostel owner’s point of view, the purchasing power of the ultra-wealthy is as mystifying and as it is necessary, supporting the economic viability of the entrepreneurs.

Merrilee, owner of the William Gyles International Guesthouse, takes visitors on late night walking tours of the town, hurriedly explaining the history of old homes and parks. She laments about a famous restaurant closing which will be remade into a wedding venue.

“There’s a schooner docked tonight,” she exclaims all of a sudden, looking towards a group of masts peeking out above a building. “What a gorgeous schooner.”

Merrilee runs the hostel in the summer and fall and travels the rest of the year on the money she’s made. This year she’s going to Europe since the Euro has fallen nearer to a one-to-one ratio. The higher exchange rate over the past several years has kept her from venturing outside of the U.S. since her daily budget for accommodation is $35.

Merrilee is not the 1%, yet the 1% have toys that she cherishes as part of her own, because they’re part of Newport, a town she’s proud to be a part of.

Since the middle of the 18th century, Newport has been a major commercial port. Immigrants, usually fleeing religious persecution, brought foreign connections and capital into the seaside city. It’s natural be 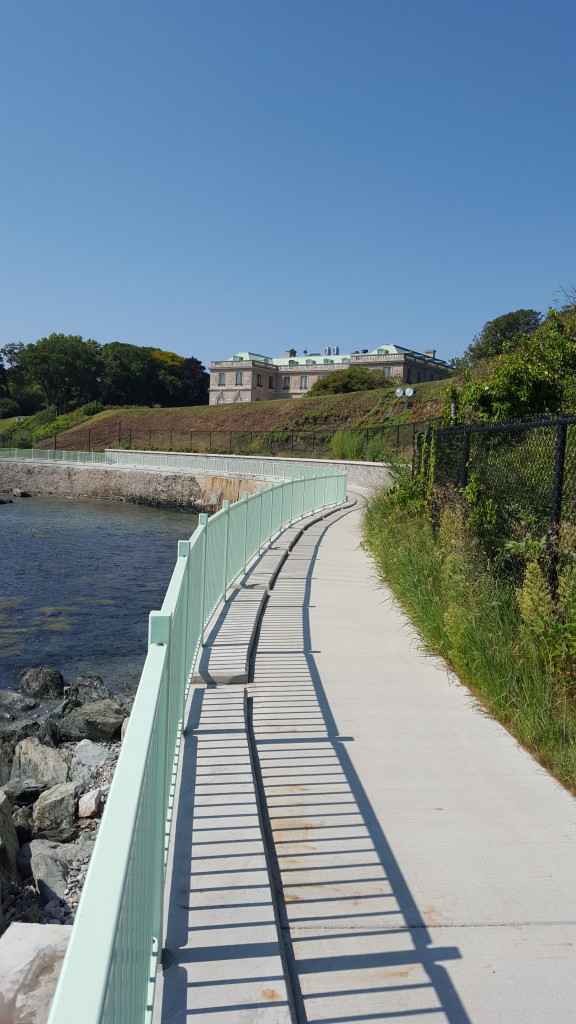 auty and bustling merchant life attracted many of the nation’s wealthiest families, including the Vanderbilts and the Wideners, who built summer “cottages” starting in the mid-19th century.

“Newport has started catering to the 1%,” says  Lee Segal, a potter and business owner. His shop, All Fired Up Pottery occupies a storefront on Thames Street, equivalent to a Main Street anywhere else.

The One Percenters, who first come to the city for vacation, weddings or honeymoons, leave during the winter. But sometimes they fall in love with Newport, building or buying mansions on the island, where they can store their fortunes without the nuisance of high tax.

Similarly around the world, wealthy individuals throw their money into real estate and other investments since capital gains tax is far lower than income tax. This loophole of sorts doesn’t help an expanding economy though, as the state loses revenue for infrastructure.

Segal believes “money corrupts and power corrupts.” The top echelons of society keep finding ways to keep more for themselves, and it’s wreaking havoc on the system, especially public education.

“I believe we’re letting all our young people down and not giving them opportunity,” says Segal.

Sure, he thinks we can have separate private and public schools, but those should still be equal. But they’re not, and that’s part of the reason U.S. parents want to send their kids to private schools. They’re not paying high enough taxes to keep the public schools well funded.

Because the rewards of funding a public school are far removed, many people have trouble understanding the value. It’s the same inclination Segal has about the reallocation of his spending from “enrichment,” such as trips to Europe to bills after having kids. 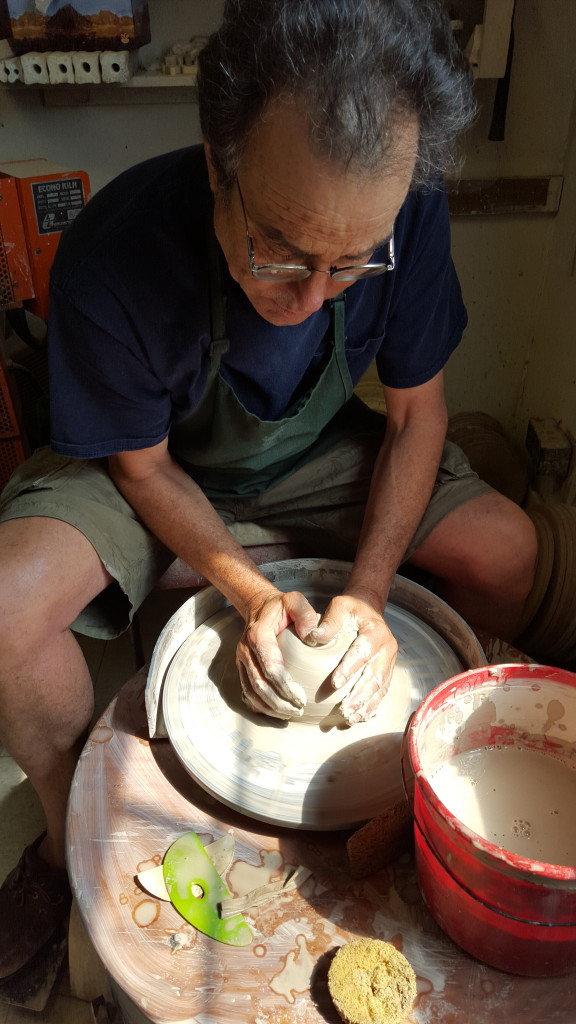 “That’s just enough to coddle everyone. That’s enough, so I’m not going to bitch too much about the 1%.”

He speaks about paying bills as if it isn’t particularly worthwhile, but Segal is thinking too narrowly, even selfishly. There isn’t a scrapbook full of pictures from Paris anymore, but when he’s paying electricity bills or purchasing groceries, it’s going towards a bigger reward: healthy kids that want to make the world a better place. He concedes that.

As a 63-year-old American craftsman pulling in around $40,000 annually, Segal isn’t able to go out for dinners of lobster or clams pulled from the ocean a block from his shop.

Just like in Hyannis on Cape Cod, fisherman and woman aren’t paid well enough to go to the restaurants that serve what they catch, since the city prices things for the tourist population.

Newport has some seasonality, but most of Cape Cod is far worse. Businesses make their money three months out of the year, then the owners close up shop and go traveling or to second homes in warmer climates. This leaves those on the bottom in the area out of a job or anything to do. In Hyannis, heroin use precipitates homelessness and then the next summer, tourists and transplants that created the drug-induced environment they created themselves, parade their anger and fear in the local newspapers.

While Segal wonders why America’s capitalism allows large corporations to pay struggling workers minimum wage while the C-level executives rake in billions, he’s also quite fond of the 1%’s possessions, which act as Newport’s handsome backdrop.

The summer community in Newport, “it’s wonderful to watch it all,” he says.

Segal doesn’t know how to fix all today’s economic problems. He tosses some ideas around, such as increasing capital gains taxes to the level they held in the ‘50s, but really he’s all but abandoned economic deliberation.

“I’m not spending my time so much trying to figure it out, not trying to make any of that better,” he says.

He’s instead leaving finance, politics and reform to a younger generation. But he acknowledges a kind of conspiracy within the system that lures most into apathy.

“If you’re two working people and earning over $100,000 between the two of you, you’re living pretty well,” says Segal. “That’s just enough to coddle everyone. That’s enough, so I’m not going to bitch too much about the 1%.”

This is one of the overlooked functions of capitalism, that most of us don’t understand where we sit in the economic pyramid and accept inequality on the basis that we are the marginalized.

Segal’s father used to tell him, “You can’t rub two nickels together to get a dime.”

And you can’t sit silently and expect the world to change.