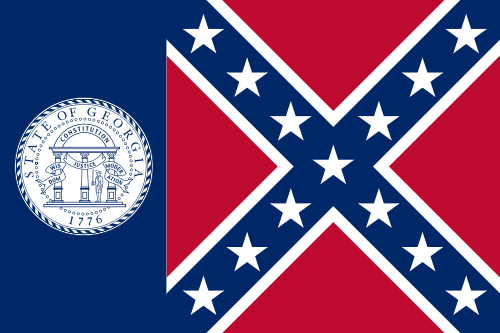 The Confederate Flag is no longer a part of the Georgia Flag. And the decision to remove the symbol had nothing to do with heritage or history or political correctness or sensitivity. It had everything to do with economics.

During the run-up to the Olympic Games in Atlanta during the 90s, Georgia’s flag came under scrutiny by both the NAACP and local business owners for it’s use of a large Confederate flag. The Metro Atlanta Chamber (MAC), industry groups and politicians in the state conceded.

“Whether it’s right or wrong, heritage or not…from an economic perspective it was hurting us,” says David Hartnett, senior vice president of economic development at MAC.

Sitting in a plush office with three MAC guys, the sentence struck me. US constituents very rarely make economic decisions, instead arguing for legislation with emotional and many times moral implications. And this has been destructive to forming a united states.

Take abortion for example, opposed by various groups all ballyhooing the disturbing morals of women without religion and a country that allows them to kill babies.

But economically it’s not helpful for a country to legislatively coerce its citizens into illegal abortions. Before Roe versus Wade, many women used unsafe practices to terminate unwanted pregnancies such as drinking bleach and turpentine, jamming knitting needles and coat hangers into their cervix or inserting a myriad of chemicals into their vaginas. All of these which often times led to severe sickness, hemorrhaging or death.

When I ask whether they’d agree that the fighting in the US is based on moral concerns rather than economic, Grant Wainscott, director of the technology industry at MAC jokes, “Well I have a phone call.”

“It’s a real tough issue,” says Tom Cunningham, the chief economist for MAC. When you think about the South’s background in the African American civil rights movement and its hypocritical stance on religious freedom, the question is sure to piss people off too. It really comes down to whether we want to “tolerate a legacy that is unpleasant,” he says.

The other two deflect a bit, re-stating that Georgia’s focus is to be pro-business. But Hartnett brings it back with a salty statement of disunion between the metropolitan and the rural.

“We do not discriminate,” Hartnett says. “And we’re not going to let some country bumpkin legislators ramrod something through” that isn’t the best thing for business.

This geography-based head-butting speaks to the nation’s dichotomy as a whole where cities tend to be more eclectic, in turn, inclusive and liberal while in provincial areas that lean farther Right, people are more apt to categorize each other into social groupings based on any range of relatively meaningless distinctions, mostly as a result of space and lack of exposure to different lifestyles.

This mentality from the rural contingent affects the state as a whole. Hartnett says, many entrepreneurs from outside the country first equate Atlanta to Atlantic City and casinos, and second worry about moving to the American South which has a reputation for being non-inclusive.

It’s worrisome, at first, similar to the disquieting nature of the Trump campaign saying the country should be run like a business.

But they’re seemingly making good decisions. Atlanta has become one of the hot, major cities in the country with an influential fintech hubbusy enticing entrepreneurs to the area and a killer restaurant and bar scene that lures young people into its gritty streets. It’s progressive, especially for a city in the South, and growing industries have stimulated impressive job growth throughout the state.

MAC “used to be the walnut-paneled rooms and CEOs sitting around patting themselves on the back,” says Wainscott. But things have changed, he says.

Modern society requires state economies to be nimble and industry groups to be in tune with those economic changes, whether real or perceived. Plus aligning political parties to the same cause is key; Atlanta stakeholders have been especially competent at this when it comes to the fintech industry.

“The Georgia delegation is a little bit unique because they can work together,” says H. West Richards, executive director of the American Transaction Processors Coalition out of Atlanta, in a separate meeting.

Looking out the 20-something story window overlooking part of Transaction Alley, an area of Atlanta bursting with payments companies that process more than 70% of all payments in the US, I laugh. But only because the statement is so depressing in its truthfulness about the bipartisan politics in the US.

Although promoting business and job creation isn’t the most contentious issue, I suppose.

Steve Karp, president of the small business unit at WorldPay, agrees in the third meeting of the day. “Everyone likes money and jobs,” he says.

Although maybe we should like other things as well.

In America, economic concessions are just newspeak for what a particular party’s constituents are demanding. This is perceived in Hillary Clinton’s campaign. Clinton was against gay rights until it was “good for business,” until her future voters demanded that everyone be treated equally.

This is how politics works.

Maybe Bernie Sanders will change his stance on free higher education in a couple years after young adults go to colleges only to find a still stagnant job market. Maybe Donald Trump will flip-flop on immigration when people get tired of doing day labor themselves or find sympathy for the destruction caused in the Middle East.

American morality is driven by a herd-mentality, by group thinking that casts our differences as superior or inferior. It’s not idealism about the future of a country comfortable with differing opinions. It’s about winning the game.

But the nation isn’t a game. People’s lives shouldn’t be played.

There are winners. And there are losers. And the one thing America as a whole and each individual American commonly neglects is that we could trade places at any time. 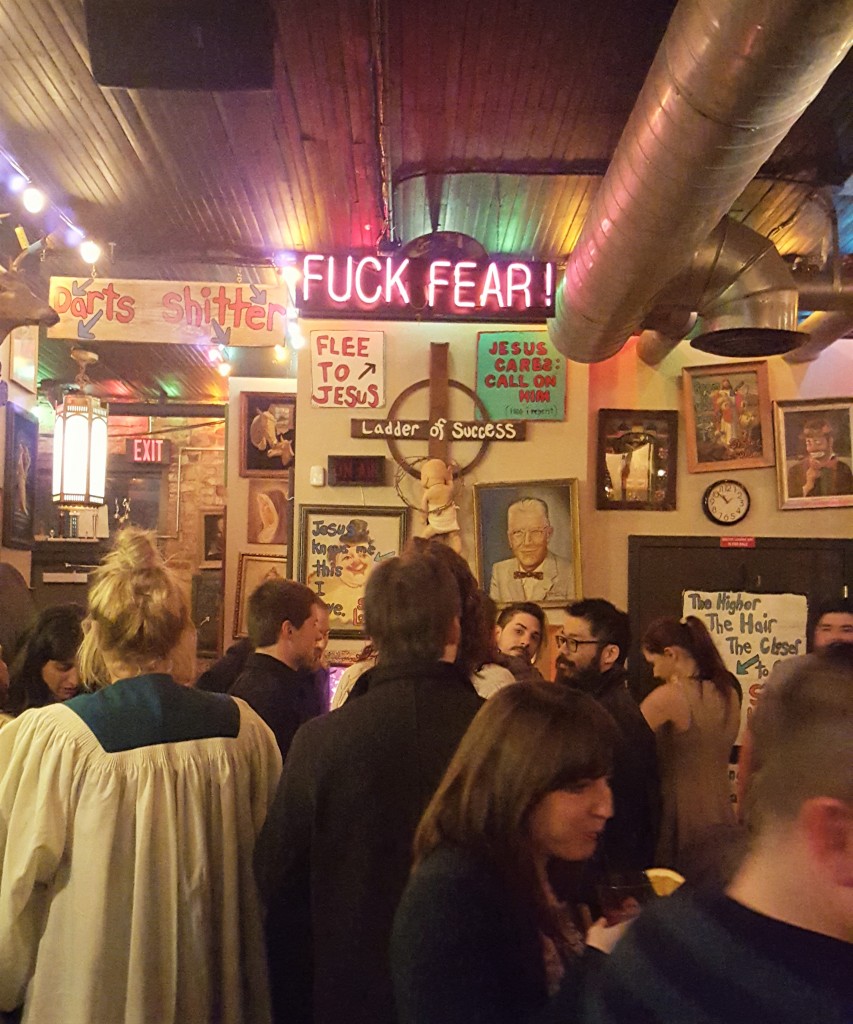