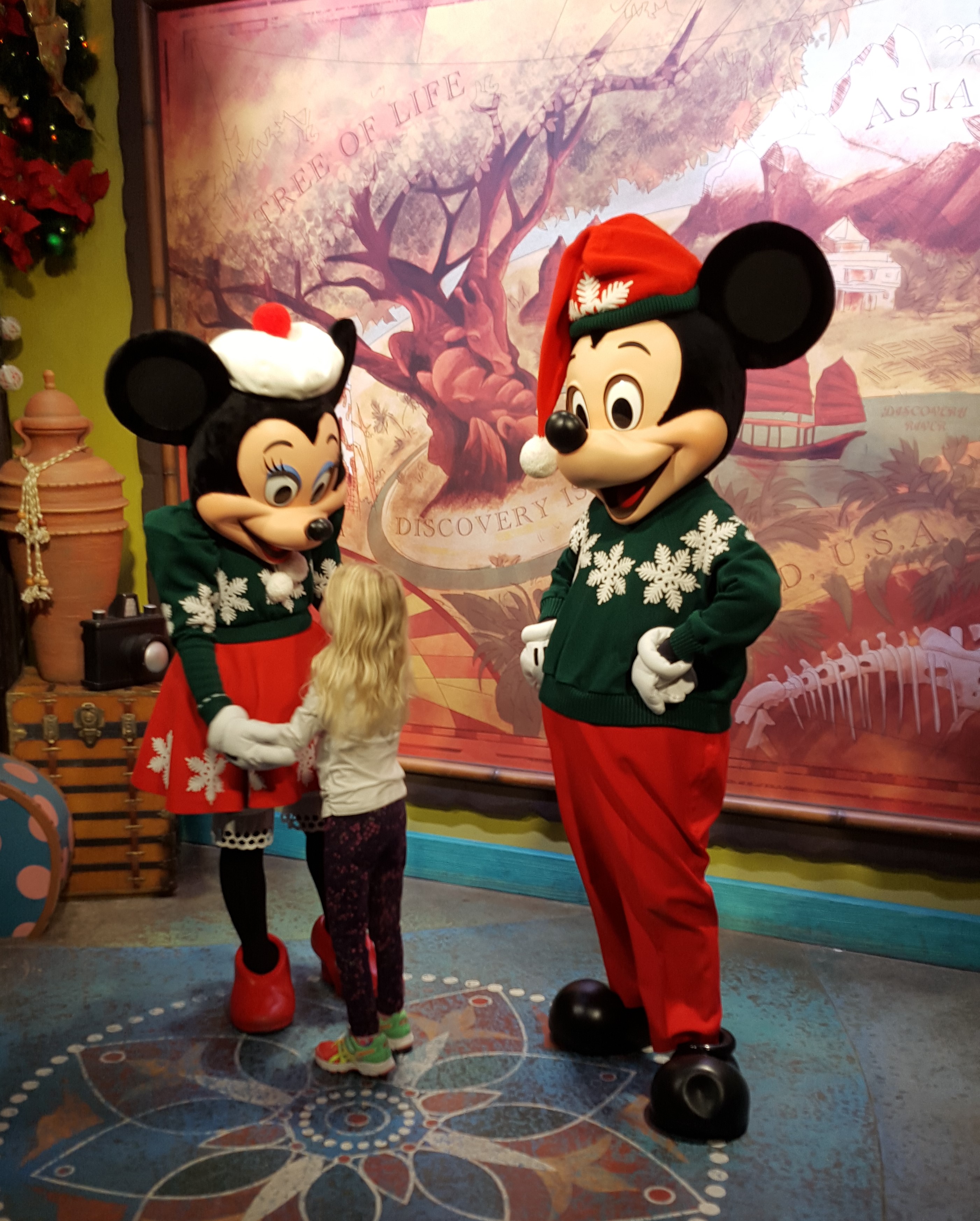 “Those things are dangerous.”

I’m in Orlando, Florida, but there’s no smuggler or seedy nightclub in sight.

No, the danger the man is talking about takes the form of a little band of rubber and plastic, imprinted with those iconic mouse ears. He says it to my brother, one father to another, as my niece pushes her pink Disney MagicBand up against the radio frequency reader at a kiosk, trying to transmit $30 from her dad’s bank account to the Walt Disney Company (NYSE: DIS) in the process.

I’m sure their accountants think this qualifies as “magical.”

The MagicBand launched in the summer of 2014, an evolution of the park’s Key to the World RF-capable card used for park entry, hotel entry and as a payment device. During its first full quarter live, about 50% of park patrons chose to sport the wearable and about 90% of MagicBand users rated the experience positively.

According to Daniel Wolfe, editor of PaymentsSource, “MagicBand’s performance is another indication that consumers are willing to adopt mobile and wearable payment systems if the payment capabilities are paired with other useful functions.”

From some proactive insight of Disney, bands on the wrists of kids can’t be linked to the credit card that’s being charged on the back end, unlike my orange band and my brother’s green one.

But the man in line couldn’t be more on point. Dangerous isn’t an over-statement.

But yet, we’re all just walking around barely noticing what’s taking over: A cashless society full of invisible digital payments monetizing everything.

This is the wet dream of technologists all over the planet. A dream that’s shared happily with banks and brands and large merchants, all salivating at the chance to horde our personal information and exploit impulse purchases.

For more than three years, I spoke with companies whose narratives were all the same. Companies working on one-click payments are building solutions for merchants that complain about high shopping cart abandonment online. According to the Baymard Institute, a research group that focuses on ecommerce usability, the average abandonment rate online is 68.63%.

The majority of retailers and payment companies are all trying to make it as simple as possible for a woman tipsy after a bottle of wine to buy $300 worth of discounted designer clothes.

Excessive consumerism is not uniquely American, and while Walt Disney didn’t create the first themed amusement park, Disneyland in Anaheim, California, popularized the idea. The fact that Disney closes its visitors off from the real world is telling of its want to control the experience and make money off their every need.

But this contrarian view of Disney isn’t new.

Sociologists and academics have commented on Disney’s evil little plan. Thibaut Clement writing for the French Journal of Media calls Disney “the embodiment of capitalist dominion and consumerism.”

After every ride, after every photo shoot with a Disney princess, you’re led through an exit that opens up into a gift shop. While my 5-year-old niece might not see the trickery, the child hedonism is obvious to most adults.

“I see what you’re doing here Disney,” I say to my brother who rolls his eyes that we’re having to look at the same Tinkerbell costumes and Little Mermaid barbies for the eighteenth time.

Ever since sociologists started working for brands and merchants, they’ve consulted these players on just exactly how to set up their parks, stores and advertisements to manipulate our minds. We think we have so much free will, but until you understand how these things work, it’s nearly impossible to react differently to them.

I give Disney a pass though. Disney is the “happiest place in the world,” and most parents enter the park knowing they’re about to spend ungodly amounts of money. It’s a vacation. And seeing my five-year-old niece pick out matching Minnie ears for us and scream and giggle on the Log Flume was just too wonderful to criticize too harshly. 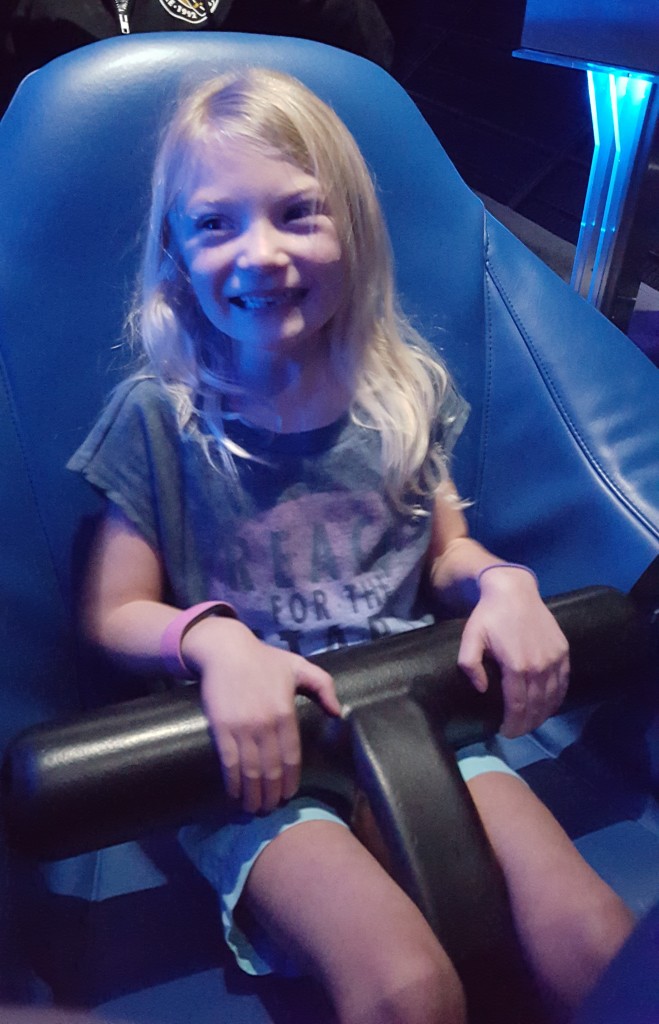 But, make no mistake, these practices are being recreated by large companies.

My worry is that retailers and brands will start locking consumers onto their sites. A payment anthropologist friend and I have talked about the creation of social network-specific digital currencies such as Facebook Credits and the possibility of those companies only allowing consumers to purchase with those units goods advertised on the site.

We need to be wary of this type of cashless future, especially at this point in history where security and privacy architecture around online payments is completely inadequate.

According to a recent Bloomberg op-ed by its editorial staff, “notes and coins increasingly seem déclassé: They’re dirty and dangerous, unwieldy and expensive, antiquated and so very analog.”

While the article is overtly optimistic about the cashless future, it does bring up the risks briefly–“A policy that drives down the value of paper money would meet political resistance and–to put it mildly–would require some explaining. It could hold back private innovation in digital currencies. Security will be an abiding concern. Non-cash payments also tend to exacerbate the human propensity to overspend. And you don’t have to be paranoid to worry about Big Brother tracking your financial life.”

Would require some explaining? This statement just sounds so tech-pompous.

As if Bloomberg’s editorial staff wouldn’t need some explaining themselves, since they seem to think depreciating the value of paper money would be an effective way to push people to the electronic version is a good idea. That’s not only going to piss tons of people off but it’s unfair to those that have a hard time with change, for example the elderly.

Only a six-word sentence about the security?

If you were listening the past two years, data breaches have been on the rise with fraudsters targeting merchants and other companies that store large amounts of consumer personal information.

And the propensity to overspend? While I’ve heard many people say cash goes quick and they spend less flagrantly with a card, I’ve had a very different experience. And I assume many other do too, they just don’t realize it.

Since I’ve been on the road, I’ve almost exclusively used cash except for fuel. I have more restraint with cash because I see it dwindling. The feeling that cash goes fast comes from the fact that when you spend all your cash, you’re empty-handed. With a debit or credit card, even when you’re out of money, the card remains there to convince you money still exists.

Paying with cash on the road also caused me a significant amount of pain. Researchers at Carnegie Mellon, MIT and Stanford have observed that the insula, a section of the brain associated with pain processing, activated when subjects under experiment saw prices of products online.

While seeing my bank account slowly dwindle was excruciating, the researchers were particularly interested in seeing if the insula discouraged spending, which is contrary to the standard economic theory that prices alone deter spending.

“Credit cards effectively anesthetize the pain of paying,” said George Loewenstein, Carnegie Mellon professor of social and decision sciences and co-author of the paper. “You swipe the card and it doesn’t feel like you’re giving anything up to make the purchase, unlike paying cash where you have to hand over bills.”

A consistent theme is how institutions and technologies have removed consumers from their everyday struggles and that continues in terms of technological advancements being created today. There’s no doubt payment cards are a more convenient mechanism for paying but it obscures the reality of purchasing.

The same obscuring of reality is at work at Disney World, to anesthetize our pain, which in small doses is fine. That’s why people go there on vacation.

But we should be mindful of what we’re giving up in the process, that in the case of Disney we’re choosing to escape our reality. We should remember that pain, though unpleasant, keeps us safe… and that the choice to experience it, keeps us human.