There’s this Utopia in my mind with a mountain range backdrop where idealists come together to talk about humanity’s existence while experimenting with drugs, doing art and snowboarding.

Utopias have long been sought by philosophers and political science majors, the anarchists, the religious and hippies.

“Nowhere has given rise to more local utopias than the U.S.,” says Nathan Schneider, an author and journalist who covers religion and political movements in the States and recently moved to Boulder, Colorado.

Speaking of Colorado, it’s become the state many young people think of as paradise, and much of that stems from the state’s move to legalize marijuana, both medically and recreationally.

Cannabis has a cult following. There aren’t many people like myself, sympathetic to the cause but yet, uninterested in smoking it (most the time). Most people either smoke the herb every damn day or abstain. Hordes of hippies and entrepreneurs have moved to the state in recent years to join the weed industry, from growing to distributing to dispensing.

“Sounds like the easy way out,” a friend in Denver says when I pull him for references in the industry. “Reading another article about Colorado and marijuana is…. dead. It’s been done.”

I can imagine Coloradans, especially natives or those that migrated there before the Great Legalization, disdain for being “The Weed State.”

And while I can change his mind about the topic with excuses like “I’m writing for a national audience” and “It’d seem strange if I didn’t mention it since I cover finance and economics,” it is somewhat of a cop-out on my part.

Because as soon as I got to my friend’s house in Colorado Springs, I was offered a Coors Light and psychedelic mushrooms. That’s just the vibe in Colorado… Everything’s cool. Be chill. Take a break. And because of that, and the number of friends I have there, I did.

But the weed industry does have an effect on the economic landscape in the state, including on real estate, paralleling to the housing crisis many blue collar workers and millennials feel all over the country.

Because so many people have moved to Colorado in the past several years, the real estate market has been squeezed and prices have gone up. Plus because banks aren’t accepting deposits from marijuana dispensaries, flush with cash under the mattress, these business owners are storing their earnings in real estate, which continues to jack up housing prices.

“I hate to harp on stuff like this coming from California, but I came here to escape the traffic and overpopulation,” says Jacob, who moved to Denver about two and half years ago.

“There’s always been a draw to Colorado for outdoorsy activities … but the legalization of marijuana put that into hyperdrive,” he says. Sure, he says, there are more bars and restaurants for young people to go to, and more jobs for them to work at, but the salaries haven’t picked up at the same speed as the cost of living.

While the number of easily-stereotyped “stoners” coming to Colorado has dropped off, that’s cleaned itself up with the strict guidelines for operating a marijuana business and the increasing cost of living, Jacob says.

To Jacob, Boulder definitely has that Utopian feel, but in Denver, most of the immigrants from other states came to start over. Whether they were fleeing an abusive relationship, leaving memories of a passed parent or had just lost their job, many people in Colorado came looking for a new beginning.

“I almost wonder when you think of the vast expanse, the outdoors where you can do whatever you want, Colorado becomes that picturesque lifestyle,” Jacob says and lives. “If shit hits the fan and I’m stressed out, I’ll get in my car and drive towards the mountains and just be in a whole ‘nother world.”

Bliss. A word synonymous with utopia.

“There’s a lot of things aligning here,” Schneider says. Not only the legalization of marijuana, but also the tech boom, predominantly focused in Boulder.

And that parlays from the referendum process in purple Colorado, which allows citizens to bypass legislators, the main reason marijuana was legalized in the state.

And this political process could also soon lead to a quasi-cooperative, universal health care system being adopted in the state. The ColoradoCare plan collected more than 156,000 signatures, qualifying it for the November 2016 ballot.

The package would give all Colorado residents a Medicare-like health plan at a cost of $25 billion, which would be spread equally across all residents at a 10% payroll tax hike. In that case, Obamacare would be ditched.

“Colorado is in this really interesting moment… with its strong libertarian impulses and strong progressive impulses,” says Schneider. “It’s purple,” meaning that Republicans and Democrats get similar levels of support. Sounds balanced, sounds nice. It is.

When I woke up on a friend’s couch at 10 am in Denver, she was bundling up to walk the dogs. At least a foot of snow had fallen the night before and it was still coming down pretty hard. We watched a large, white van slide around a turn. 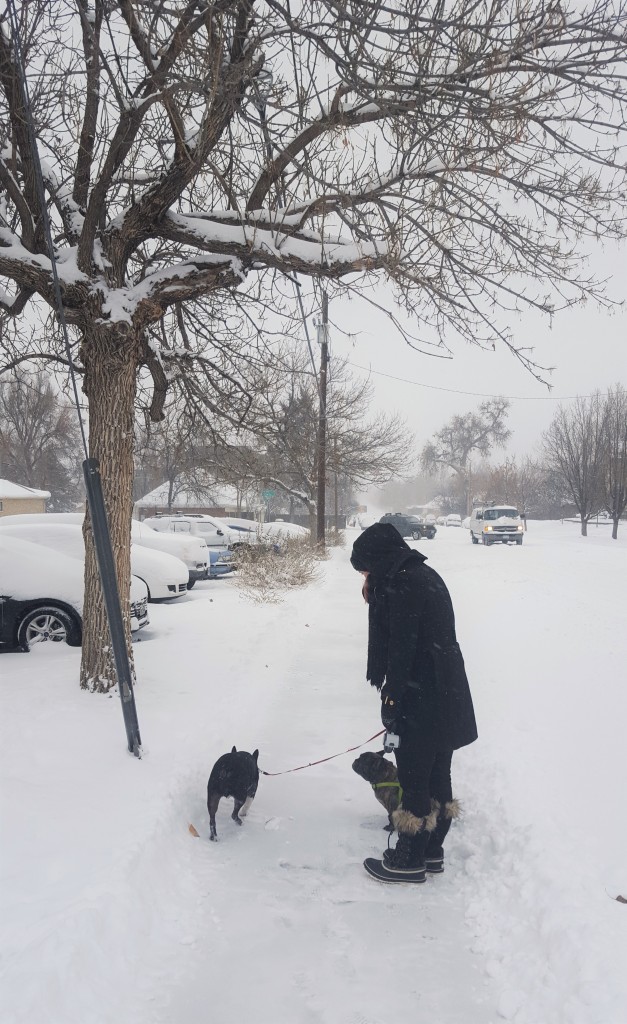 All my meetings had been canceled.

We sat in the house, a mountain range in the distance, decorating Christmas cookies between bouts of productivity on the blog. She hands me an e-cig and I take a couple pulls.

Why do my eyes feel heavy and my mind content?

In Colorado where smoking weed is like having a beer, it’s not always disclosed what’s hitting your lungs.

It feels like… What’s that word I’m looking for?